Waddell from Landmark Park on Vimeo. 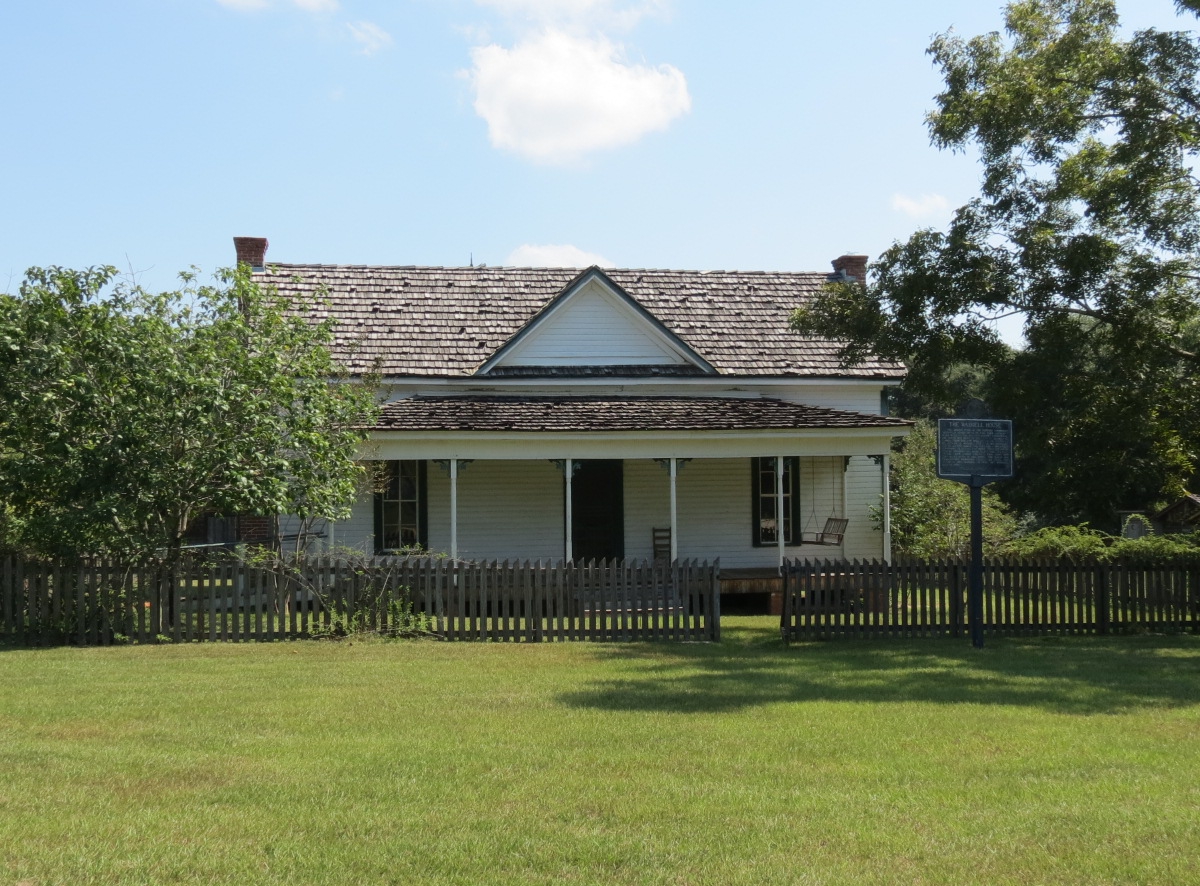 Acquired by Landmark Park in 1978, the Waddell House established the park as a “living history museum” featuring a working farm depicting life in the Wiregrass much as it was well over a century ago.

Originally situated on eighty acres of farmland roughly three miles west of downtown Dothan, the house was purchased in 1906 by Leska H. Waddell, the eldest of ten children raised by Sidney and Ida Waddell of Brannan, a small Dale County community. Sidney is shown in the 1900 federal census as a “saw mill man,” and as four of his sons—including Leska—are listed either as lumber cutters or haulers, it is likely that Sidney owned the mill and that his sons worked for him.

In 1909 Leska married Mattie Gypsy Hall and the couple settled into farm life. The Waddell’s original home address was 1 RFD, which is today the northeast corner lot at the intersection of Ross Clark Circle and West Main Street.  Leska raised corn, cotton, peanuts, and other crops.  He also loaned money on credit and rented acreage to tenant farmers.  Known to be especially frugal, he once charged Gypsy twenty-five cents for taking her to town to sell butter beans she had raised herself.

Making the summer heat somewhat more bearable, the Waddell’s balloon-frame home rested on pilings of brick to create airflow through the crawlspace.  Likewise typical for house design during this era included ceilings hung fourteen feet from the floors and windows that aligned to catch cross breezes.  The open central hall created a particularly efficient breezeway that led directly through the house onto an L-shaped back porch.

Season by season, year by year—all through the tumultuous period that included World War I, the Great Depression, and World War II—Leska and Gypsy eked out a modest living and raised two children, Earl and Iona.  Little doubt their most difficult period financially was during the Great Depression.  As subsistence farmers the Waddells at least had enough food and a suitable roof over their heads.  But as on any small farm, life was difficult and the chores unending; the cows always needed milking, the pigs and chickens had to be fed, food from scratch had to be prepared, and there was always something that needed mending, painting, or replacing.

After World War II as the city of Dothan continued to expand, Leska felt the pressure of progress more and more, though he steadfastly resisted electrifying the home or even installing indoor plumbing.  With the proposed construction of the Ross Clark Circle in 1956, Leska was the last farmer in the area to sell any of his land. It is said that after signing away much of his property, he returned to the house and died that very night.

Gypsy died in 1976 and was buried next to Leska in the Dothan City Cemetery.  Two years later her children donated the home to Dothan Landmarks Foundation.

Leska and Gypsy’s story is both interesting and reflective of rural life in the Wiregrass during the first half of the twentieth century;  yet, the broader historical significance of the Waddell House is its typicality—especially in terms of exterior design, interior layout, steeply pitched gable roof, all-wood building materials, and the additional bedroom added to the back porch.  Attractive yet highly functional, such houses would have been common among the so-called “middling sort” of Dothan residents and likewise would have been found widely on the many family farms that dotted the surrounding countryside.