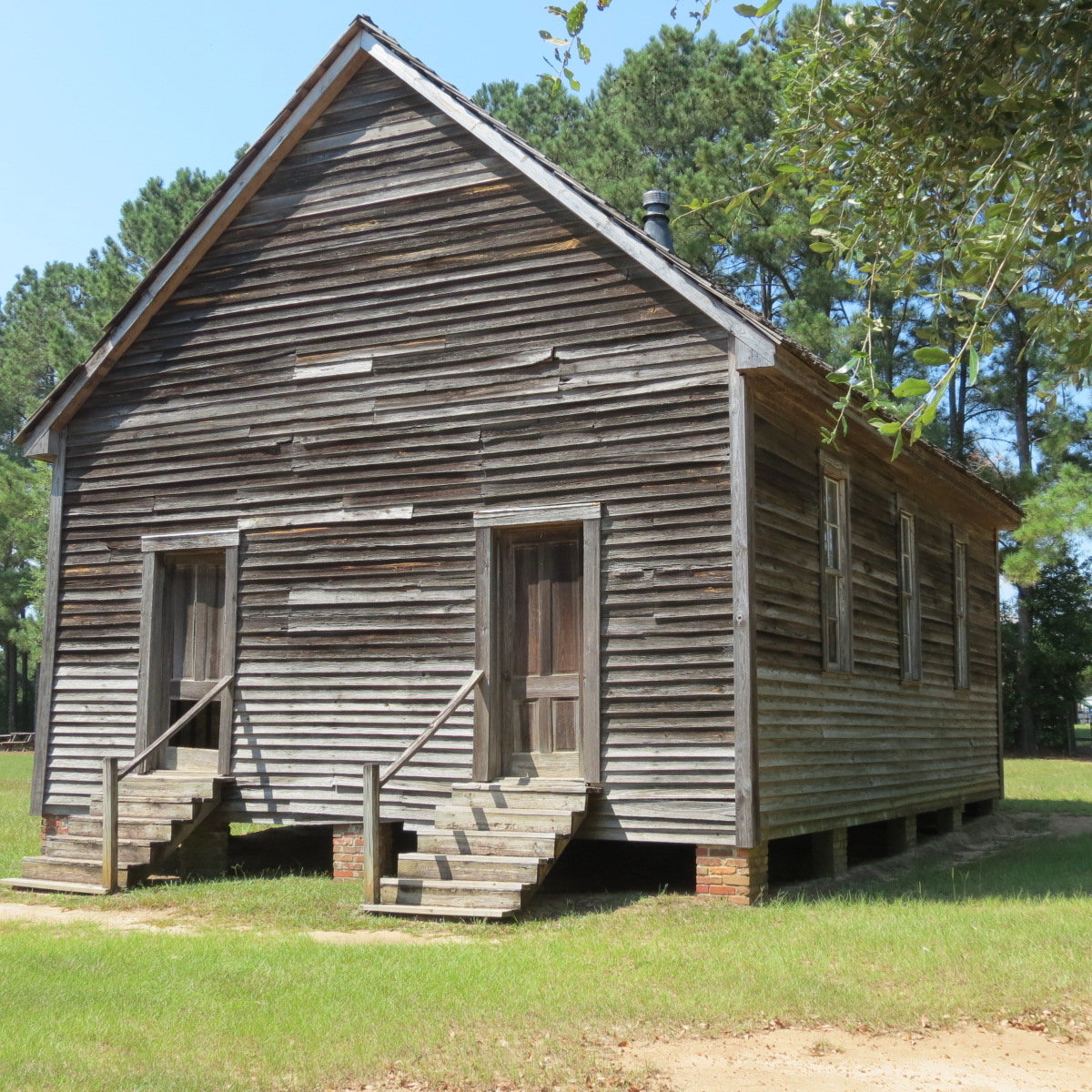 While it is not uncommon for any public school today to enroll several hundred students and include dozens of classrooms, most school-aged children in Alabama a century ago received all of their education in a one-room schoolhouse—such as the one that operated at Brown’s Crossroads in Dale County from ca. 1905 until 1929.

Shortly after the turn of the twentieth century, Wesley Eugene “Ginny” Brown organized the Brown’s Crossroads community to build a school. Ginny set aside one acre of his farmland for the schoolhouse and his brother John Richard Brown, who owned two saw mills in the county, donated the lumber.  Though the exact year the school was built is unknown, it most likely opened for students sometime between 1903 and 1905.  In 1913 Ginny deeded the school and the land to the state of Alabama.

It was built as a simple structure—not much different than it appears today.  Rectangular in shape, the schoolhouse features a pitched shake roof, gable ends, two front doors, and eight small windows.  The structure includes a modified-balloon frame overlaid with machined clapboard on the exterior and finished with interior plank walls.  The flooring is of long-leaf pine, milled as tongue and groove, and would have been regularly coated with linseed oil.

By early twentieth century standards, while many one-room schoolhouses were prettily adorned and well kept, the Brown’s Crossroads School was notably rustic.  The entire structure remained unpainted throughout the period it served as a school.  The walls lacked paintings or pictures and the windows went without curtains or shades. There was no chalkboard; a large section of the front wall simply was painted black. Basic but functional, the school’s plain appearance well reflected rural life for the residents of Brown’s Crossroads for whom a structure’s utility undoubtedly was more important than its appearance.

The school continued to operate until 1929 with an average enrollment of about 25 children for each seven-month school year.  With children of all ages and all grades in the same room, the teacher often divided the “class” both by age and ability. Much of the morning would have been spent on lessons in reading, writing, and basic arithmetic, especially for the younger children.  More advanced studies for the older children in history and geography centered on rote learning and recitation at the front of the room.  Though the education received was hardly ideal in any sense, the schoolhouse nevertheless provided basic lessons for children who otherwise would have gone without any structured schooling whatsoever.

Brown’s Crossroads School closed in 1929 when the State Department of Education instituted a consolidation process; schoolchildren from the area were assigned to larger schools in Ozark or Echo where they benefitted from a more structured education organized into formal grades, nine-month academic years, and advanced studies in the secondary schools.

The Brown’s Crossroads School building continued to be used regularly as a church until the 1960s but fell into disrepair during subsequent decades.  The schoolhouse was generously donated to Landmark Park in 1991 by Richard Douglas Brown on behalf of the entire Brown family, relocated to the park, and carefully restored. 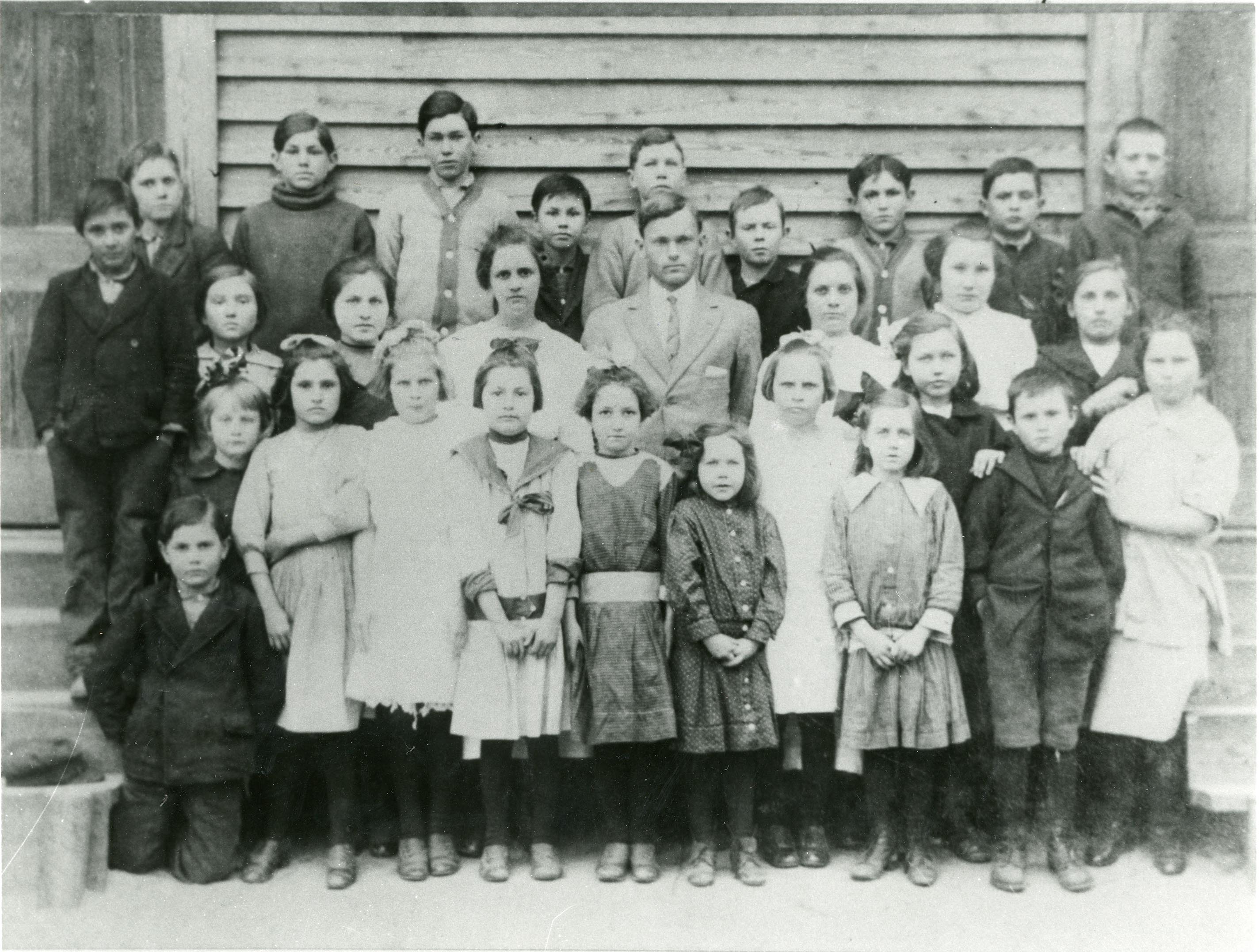 Trustees of Boston University, “The One-Room Country Schools,” The Journal of Education, Vol. 76 (1912).